Sometimes are written novels for children that are so good and interesting also for an adult reader.

Among these I have to point out The Evolution of Calpurnia Tate, a wonderful novel that brings us to the atmospheres at the beginning of the last century, but with smart characters able to look forward the future.

The Evolution of Calpurnia Tate by Jacqueline Kelly 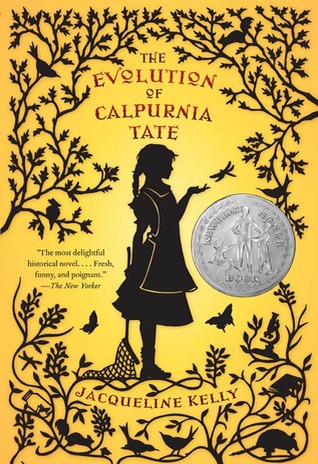 Calpurnia Virginia Tate is an eleven year girl living in Texas during the year 1899.

Her family is wealthy (they have a farm and manage various cotton fields) and Calpurnia has six brothers, both younger and older ones.

Her parents see for her a traditional future: being a wife and a mother and so learning how to cook, to sew and to manage a house.

Calpurnia’s luck is having a cultured grandfather, extremely interested in science and new inventions and in the natural world so much to know and estimate Darwin’s work, mostly opposed during that time.

The novel follows Calpurnia’s life during the last year before the change of the century, her relation with her family and in particular with her grandfather, thanks to him she will learn to observe the world in an active way, always posing question and trying to answer them by reason and with a scientific method.

Thanks to her grandfather, but also thanks to her curiosity, we will follow the evolution of Calpurnia who at eleven years old learn science but also becomes aware of the limits that society poses to her study ambitions. We do not know what life will reserve for her, we can only hope that with determination she is able to follow her inclinations and desires, after all the century that awaits her is full of changes and newness.

The novel style is quite descriptive and slow, but nevertheless it’s a page turner one; the characters, Calpurnia in particular, are very well depicted and realistic.

* The Evolution of Calpurnia Tate by Jacqueline Kelly ★★★★★