The Grimm brothers are famous for having collected fairy tales and popular tales, always told by voice, in written edition that was updated and modified during their lives.

The editions of their collections are in fact very different: the first edition contains cruel and violent tales, for the following the tales were modified to make them more suitable to children and less a philological work. Some examples are the fact that snow-white evil queen was in origin the girl’s mother, that Rapunzel gave birth to a couple of twins and so on.

All the fairy tales were not collected during travels in Germany, but they were told to the Grimm brothers by well-educated women who heard them from their mother or household. The novel by Kate Forsyth gives voice to a key person of the Grimm history, but in the shadow of the two brothers: Dortchen Wild, before neighbour and then wife to Wilhelm Grimm and voice of various fairy tales.

The Wild Girl by Kate Forsyth 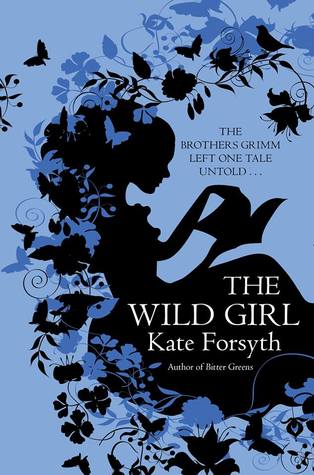 Dortchen Wild is the second to last daughter of the Hessen apothecary and a neighbour to the Grimm family. She is a nice and playful girl, always ready to help the one in need, and among them the Grimm of which belongs her best friend Lotte and Wilhelm, the boy she loves since her childhood.

Her times will not be pleasant: the background of the story is the Napoleonic wars, that will change Germany, while her life is always threatened by the menacing presence of her religious father, a violent and strict man.

The story the author tells is not a biography, but an hypothesis about Dortchen Wild life, build on historical documents and on the comparisons between the original versions of the stories told by the girl and the following, edited ones.

The Wild girl is a powerful novel, sometimes hard to face for the numerous episodes of violence and abuses it contains, but it is a novel that stand out for the narration, for the strong characters and for the historical accuracy and the ability to insert historical information in the plot without losing strength in the main plot itself.

The author is able to create a believable and great Dortchen and her emotions by using also the fairy tales actually told by the girl to the brothers: stories are no more simple tales to transfer but the assume a deeper meaning that must be analyzed by the one who listens to them – and most of the times Wilhelm fails in this because he is not able to step over the pure literary analysis of the text.

It’s a hard novel but it deserves to be read for the wonderful main character and for the strength and intensity each page is able to spread to the reader.