Jessica Day George, the author of Dragonskin slippers, in the Westfalin Princesses Trilogy worked on fairy tales retellings. The novels that compose the series are:

The characters of the second and third novel are two of the twelve sister princesses that open the series with their worn out dancing slippers.

Princess of the Midnight Ball by Jessica Day George 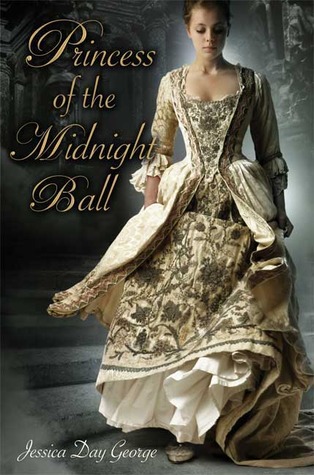 The novel setting recalls a classic fairy tale: there are princesses with enormous gowns, reigns and balls to entertain the nobility. There was also a war against a nearby kingdom that made common people suffer a lot.

In Westfalin kingdom the twelve king’s daughters seem to have a strange illness; each morning they wake up strained and their ball slippers are completely worn out, as they were dancing all night. Nobody is able to unravel the mystery and all the princes invited to solve the situation happen to die soon after leaving Westfalin (and after failing in their investigation).

Galen is a young soldier, who survived the war, and the new gardener of the royal palace. He will be fascinated by the mysterious situation and by Rose, the first daughter, and he will try anything to save the girls from their destiny as sad dancers in the Under the Stone reign.

The story behaves as any fairy tales, so it’s better to help any old lady, and be gentle and good-natured, and in this case also being able to knit helps. 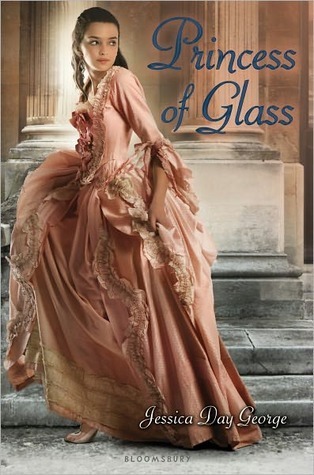 Some years are gone since the time of the night dance for the King Under the Stone and his twelve sons, and to help the reign and diplomatic relations princes and princesses are sometimes sent in another country, and if some of them end up married the better.

Poppy – the tomboy of the twelve sisters – is hosted by the family of her mother’s cousin, and in the same town comes also Prince Christian, heir of a nearby kingdom. The two of them soon become friends, and it’s difficult not to like Poppy and her straightforward manners. However the girl soon hints that something is not normal when at every ball a mysterious girl – Lady Ella – enchants everyone as soon as she enters the room. Poppy imagines it is about evil magic and start to work to solve the issue.

Princess of Glass is a Cinderella retelling, but in this case the godmother is quite evil, and the glass shoes are creepy and painful.

The novel is enjoyable and Poppy’s character works as main one. This could be read outside the trilogy, but there are some references to the first novel and some hints that the underground menace is not defeated yet.

Princess of the Silver Woods by Jessica Day George 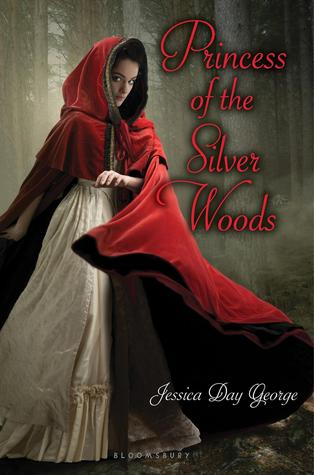 Ten years are passed since the first novel, Petunia, the youngest princess, is going to the Gran-Duckess Volenskaya’s manor to spend a few days. In the wood the carriage is stopped by the Westfalin Wolves, a group of bandits used to rob the travelers.

This way Petunia meets Oliver, the young chief of the Wolves and a fallen duke. Once arrived to the Volenskaya manor her troubles are not ended: the sons of the King Under Stone appears to have come back with the power to reach the human world. The princesses will need all the possible help to defeat their enemies and be safe again.

This third novel is similar to the first one for the presence of the whole set of twelve sisters and for the underground setting. It’s engaging, but I preferred Princess of Glass because here the high number of characters does not give any of them enough space for character development.