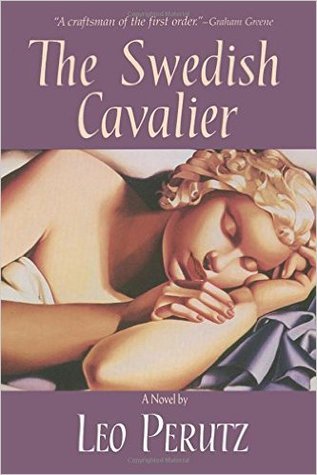 I didn’t know Leo Perutz existed. One day, by chance, I discovered the this novel and I was attracted by the plot. It was love at first sight.

The Swedish Cavalier is the story of a cavalier and a thief who spend a night in a forsaken, and of the deal they make with a Bishop’s merchant (but the thief recalls the man is the dead miller).

It’s a tale of exchange identities of heroic ambitions – to be a war hero, to fight aside with the Swedish king, and of modest ones – to marry the loved girl, to farm the fields – and of the means to achieve these ambitions. The novel follows the point of view of the thief, and the style and the plot make the reader grow fond of the one supposed to be the “negative” character.

The atmosphere of the story is realistic, but it’s easy to perceive the unreal, the magic (divine or diabolic) that influences the main character’s life. I think the story is beautiful: complete, circular and clever in the mechanisms about identities exchange. The characters are briefly described, but they leave a good memory of their emotions and actions.