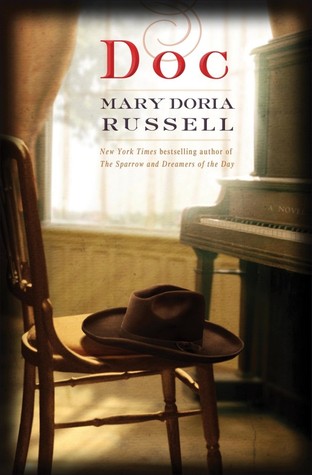 For the far west lovers Tombstone is a legendary place, as the person who made it famous are: the Earp brothers and Doc Holliday, engaged in the famous shooting at the O.K. Corral (that was transposed also in various movies).

Mary Doria Russell brings us in the far west by telling the story of one of his protagonists, Doc Holliday, as the book title points out. The author chooses to retrace John Henry Holliday’s less known years, so from childhood till the decision to leave Dogde City with the Earp to move to Tombstone.

It’s a fictional biography, so some characters are made up, but the story is the more faithful possible, depending on the available document to retrace Holliday’s life and the people he was in contact with.

Doc is a beautiful novel, more engaging for the characterization than the actual events: all the characters have their place to express themselves, not only Doc Holliday, however he is the main character the story evolves around and that emerges as fascinating for both culture and behaviour.

It’s impossible to talk about Doc without talking about the Earp brothers, and in the story important roles are played by Morgan and Wyatt. In the background we have the Holliday family – his mother in particular, with whom he shared the illness and the death – and the citizen of Dodge City, where Doc works as a dentist but mainly as poker and faro player.

And to poker – and to Doc’s life as a gambler – hints all the chapters title, exploiting the double meaning of words (e.g. the river is also the last common card of the Texas Hold’Em).

The narrative style is enjoyable and the book is a nice reading also for the ones who don’t love western stories, since is a novel more made of people than of action and shootings.