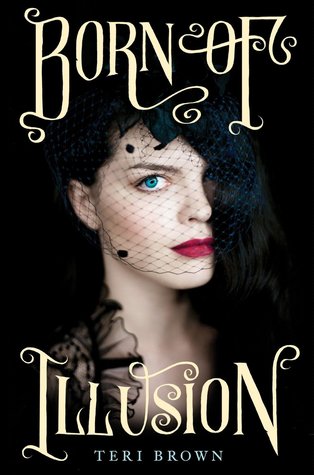 New York, the 20s. Anna is a skilled illusionist and she helps her mother, Marguerite Van Housen, a well-known medium, during public shows and private séances.

Anna is young, she would like to have more space in the show, to know her father (who appears to be Houdini, accordingly to her mother), but more than anything she would like to understand the meaning of the vision of the future she has.

The novel is a paranormal YA, and a not very original one. For the most of the time we follow Anna’s thoughts about her father, her powers and her two love interest (an extremely original idea).

The setting, but more than that the characters, are not up to the ones of another series, set  in New York with paranormal thematic (The Diviners by Libba Bray).

The novel appears quite boring to me, moreover some turn of events were quite expected, I will not go on with the other book of the series.