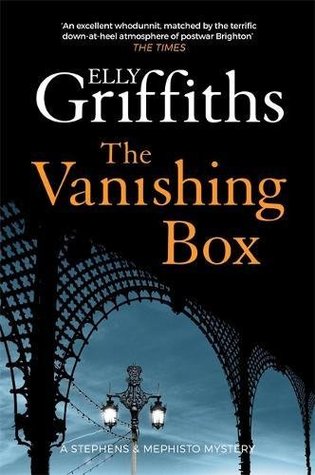 Max Mephisto and his daughter Ruby are busy as closing act in the Brighton Hippodrome show, that is famous also for the Living Tableau. The tableau vivant scenes are static scenes acted by various girls, who, naked or almost naked, resembles pictures of historical or literature episodes.

Everything seems perfect until a florist – who lived with tableau girls in pensions – is found dead and disposed in a scene that resembles the show style. The murder investigation is assigned to DI Edgar Stephens, who again has to deal with Max slightly involved in the crime.

The crime plot in this series seems more and more unlikely, since there is the need to set them around magic-like shows (first, second, and third novel), however the choices the characters have to mak at the end of the book make me think that the series is going towards its conclusion.

The crime plot is nice but not exceptions, interesting instead the historical context and the idea to use the tableau vivant (of which I ignored the existence) as inspiration for murder.