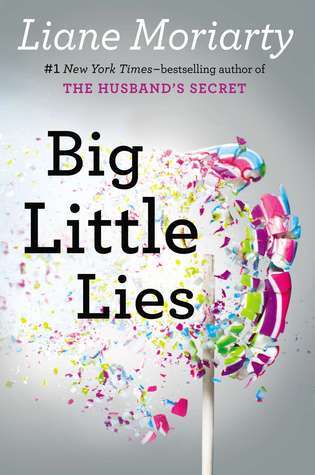 Ingredients for Big Little Lies: a class of kids going to kindergarten, their helicopter parents, some home dads and moms, lots of gossip and a drama, three points of view of three women, mothers and friends and some hints of other POV.

The three main characters are Madeline, Jane and Celeste, and for each of them we know their issues during the novel that focuses on their POV, absolutely biased by their strong emotions. I particularly liked this analysis of the characters, and their evolution during the story. This is not an action paced novel, but the interesting part is understanding each woman’s character.

Despite the lack of crucial events (there are lots of parenting issues), the author built the novel to be absolutely engaging till the end, mainly by hinting the development of a dramatic event but without explaining what’s going to happen till the end.

I also liked the idea to put at the beginning or end of each chapter quotes from the other parents – who are in the background – to demonstrate how each tiny event could be read and felt differently by different people.

Big Little Lies talks about friendship and relations, and it talks also about hard and dramatic themes, but always with a light tone, thus resulting funny and enjoyable.