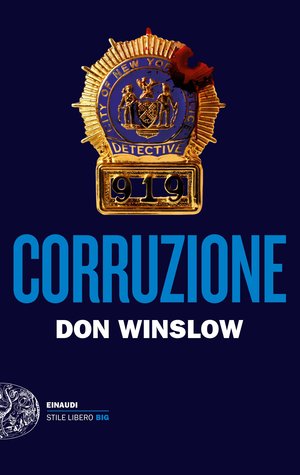 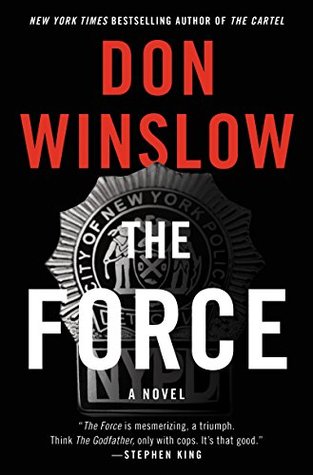 I’m generally a fan of the novels by Don Winslow, writer able to create telegraphic chapters and to send the reader in the modern criminal world.

This novel, The Force, ended up being quite different from my expectations; on one side the style: a more articulate narration (sometimes confusing, mainly at the beginning), and longer chapters. On the other side the plot: the criminal here are the policemen themselves.

The main character is Danny Malone, king of  Manhattan North Special Force, that is the police unit that never stops to fight criminals. But Danny – and his fellow colleague brothers – are really corrupted, always ready to take favours or money and to be involved in criminal activities.

The novel focus in on the rise and abrupt fail of Danny’s life, from untouchable cop, a hero, to a man who sees everything he has built crumbling in front of him, and the only choice is whether to become a rat.

The novel is engaging, at least after the introductory part, but the whole political schemes and the betrays make the plot almost surreal, with a climax in the ending part. In the end good, but it’s not the first title that will come into my mind if I’m asked to suggest a novel by Don Winslow.

Since I read for the first time a novel by Don Winslow – The Winter of Frankie Machine – I try to keep up with his novels (like for example Savages & The king of cool). One of his best novel is in my opinion The power of the dog, an epic about drug trade in Mexico and USA where lots of characters have a role; The cartel begins where the other book left Art Keller and Adan Barrera and tells what happened afterwards.

END_OF_DOCUMENT_TOKEN_TO_BE_REPLACED 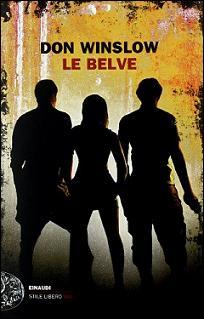 I re del mondo 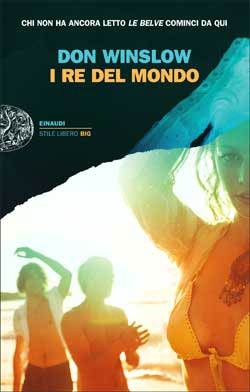 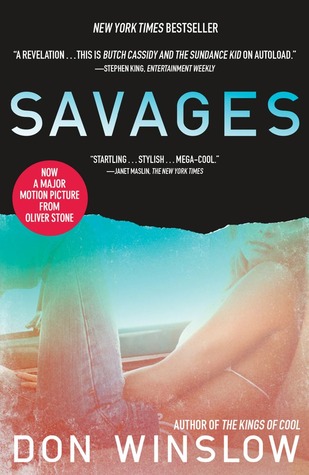 I like Don Winslow’s novels, they are engaging, violent (there was no violence they will be unrealistic) and have a movie-like cut.
The one I love the most is “The power of the dog”, but also the other novels are good, despite they contain less point of view.

This one is almost a movie (and there is in fact a movie from this novel – directed by Oliver Stone): short chapters (minimal sometimes) build up the plot  frame after frame.
The novel is about California, drugs, narco, but it is also a love story so the heroes will try anything to save their princess and have the most feasible happily ever after.

The Kings of Cool 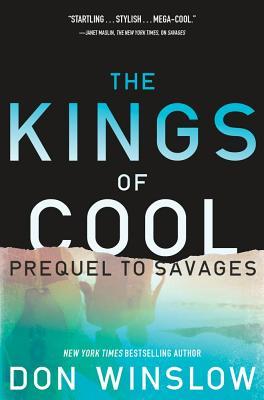 This is a great prequel, so great that defining it prequel is kind of diminishing its beauty.
It is true that it tells about what happened before Savages, and the nostalgic of Chon, Ben and O cannot avoid the reading. However the story goes back in time through the sixties, the seventies and the eighties talking about the drug dealing during these years.

It is a great circle that in the end brings to the protagonists of Savages – that it is impossible to forget – by links that connect past to present and biological families to the family one chose to have.
This novel and its follow-up provides together an overview on the drugs traffic in California, but they also talk about affection and love between three young people who are truly The Kings of Cool.

Who read “Savages” knows for sure the characters: Chon and Ben, friends but so different, the former pro violence, the latter against it, and there is also O, the glue that patch together the group. There is also their Mexican nemesis and there is reference to other Winslow characters belonging to other times and novels.
I link a lot the writing style, short phrases, shorter chapter that are useful in providing settings and moods.

The evolution of Paqu character is unlikely, in particular with respect to her determination when she was young, this is an aspect that did not convince me.