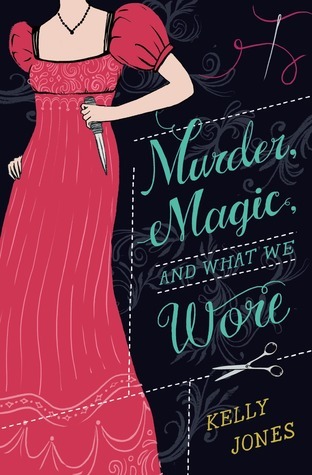 London, 1818. In a short time Annis has notice of her father’s death and that all the money are gone. The only chance for the girl and her aunt is to leave their London house, to move to the country and to look for work.

Annis discovers to have a magic skill: she can sew glamours, so the dress she creates are able to totally disguise the people wearing them.

She wants to use her talent to help the english spies, also because she is convinced her father was a spy himself. Since at the beginning nobody gives her credit, she impersonates Madame Martine, dressmaker.

The novel has a good potential, but they could have been better exploited, like the idea to mix magic and spionage. Unfortunately, Annis spends most of the time in getting hold of her talent. She has great determination, but the main feature that emerges from the novel it’s her naivete, while minor characters take all the action. In the end I found it boring, because I expected something more.