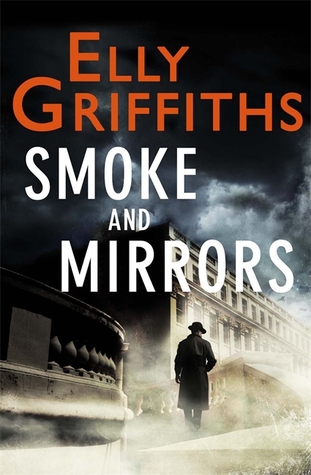 We met Edgar Stephens and Max Mephisto during the murder investigation in which their past played an important role, told in the novel The Zig-zag girl.

We meet them again in this novel, Smoke and Mirrors, second installment of their own book series, while they are busy working around the case concerning the disappearance of two children. Edgar is investigating their disappearance, with the help of two subordinates, Emma and Bob, while Max is busy playing in the Aladdin pantomime, out in Brighton’s theatre..

Like the previous novel I think the crime element is well-built, engaging but hard to solve despite the hints. This time the thread under the story are not magician tricks but fairy tales, that show the dark tones the original versions have.

The investigation sees Edgar as main character, with Emma and Bob, both well characterized respect to the previous installment, while Max has a more secondary role, except for his main role as Edgar friend.

Various hints show that the series should increase by other novels, and I think I’ll read them.. 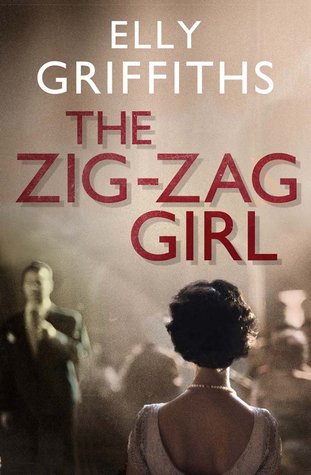 The Zig-zag girl is a magic trick: a girl enter in a cabinet and the magician inserts some blades, cutting the girl in three pieces and then, et voilà, it’s easy enough to put her back and she comes out of the cabinet. Round of applause.

Unfortunately one day the detective inspector Edgar Stephens receives three boxes that contains three-part of a girl, and a series of hints bring him remember about the Magic Men group where he belonged during the WWII.  The magic men where a group of illusionist instituted by the MI6 to craft illusion for the sake of german pilots.

Edgar gets back in touch with Max Mephisto, who invented the zig zag girl trick, to try getting back in touch with the other magic men and find a solution for the girl’s murder. This will force him to remember painful memories from the past that he tried to forget for his whole life.

The Zig Zag Girl is a crime novel where different elements fit well together: illusions, memories of war and a general melancholy of the main characters that are well described during the story along with their dreams, regrets and desires.

It’s a nice novel with a well-structured solution that is not evident (despite some hints put the reader on the correct path) and it seems to be the first of a series about Edgar and Max.