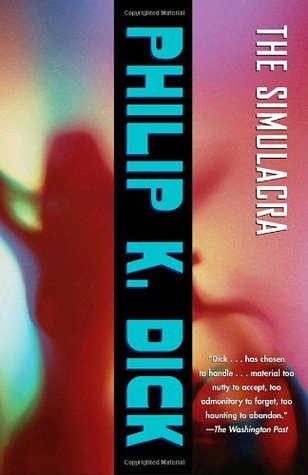 This novel is full of different characters, whose stories starts uncorrelated and then start intersecting in the plot, of various topic, such time travel machines, trip to Mars, kinetic powers and so on.

The novel is set in a future Earth where the WWII ended differently  (this same theme is present also in  The Man in the High Castle) and where the democratic republican that governs the America  and part of Europe is represented by the president (der Alte) and by the first lady (Nicole). The political situation is full of secrets and the fact of knowing them divides the population among the Ge (the few who know) and the Bes (the rest of the people).

IOn this background the novel follows what happens to a couple of brothers employed in the competitor factories that produce the simulacra, the story of another couple of brother who want to win the talent show of the White House (this story is a born as a stand alone story: “Novelty Act”, from here Dick built the whole novel), and the story of a telekinetic but psychotic piano player and the one of the last alive psychiatrist and so on (because there is a lot more).

The novel skips from a story to the other ones until they have more and more common point until the conclusion; the themes are various, but one – declared by the title of the book itself – is about the fact that sometimes what we believe to be true is not, what we see is sometimes a simulacra, which function is to confuse and reassure us, while the actual power – and our fate – is in other hands.