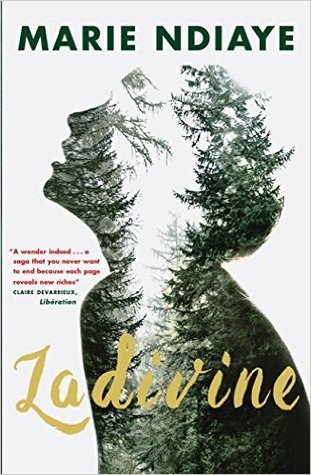 Ladivine by Marie NDiaye is one of the novel in the 2016 Man Booker International Prize’s longlist.

The novel begins with a child, Malinka, unable to see anything in her mother a part from her skin color and her work as a maid. The mother, Ladivine, instead loves her daughter and makes everything she can to let her lives like other children.

Malinka grows up and begins to distance herself from the one she thinks only as “the servant”, and when she finds a job she changes her name in Clarisse, in order to conceal better her ethnicity, already difficult to grasp for her light skin color.

Clarisse then marries and becomes Clarisse Rivière, she has a daughter, Ladivine, and, despite having maintained her relation with her mother (a visit once sa month), she will never let her daughter and her husband meet the old woman. Times goes by and Richard Rivière leaves his wife to have a new family elsewhere, and Clarisse finds love in another relation, with a creepy man; her choice is not supported by her daughter Ladivine and this will increase their distance. Only after a dramatic episode Richard and his daughter will think about Clarisse and reflect about her role in their lives.

The novel faces different thematic: one’s person origins (Clarisse is always trying to run away from them, but she is unable to completely close her mother out of her life), shame and judgment (Clarisse is ashamed by her mother work, but we are told also Richard is sometimes ashamed of Clarisse and her behaviours), the construction of the ideal life in the middle class, marriage issues, mother-daughter relationship. All the above in a setting pervaded by a natural empathy – almost spiritual – that brings things together and comforts the sorrows.

The story follows three points of views: Clarisse, her daughter Ladivine and her husband Richard, but sometimes minor characters have their voice. Honestly I liked the first part of the novel (Clarisse’s pov), the story is well detailed and Clarisse is a peculiar character, both for her ability to estrange herself from situations and emotions (she sees her mother only as a servant).

The other two parts (about Ladivine and Richard) were more slow and redundant (Ladivine’s in particular); the setting was almost unreal and Ladivine’s thoughts keep recurring without evolutions; too bad, considering the very good first part.