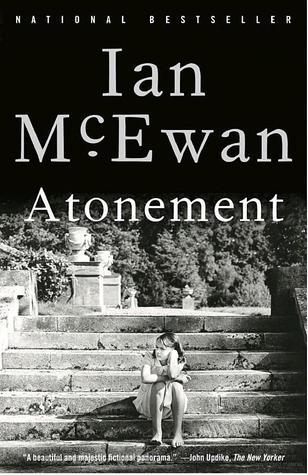 1935, Summer. Briony Tallis, thirteen years old, wants to become a writer; at the present she has devised a theatre piece she wants to put on the scene with the help of her evacuees cousins, but she feels she is able to understand the full spectrum of human emotions and behaviours.

This arrogance will bring her in misinterpreting the events she observes: her big sister Cecilia and Robbie Turner – the son of their housekeeper – understand they are attracted and maybe in love, but of this relation Briony sees only Robbie’s desire, and labels him as a maniac.

From Briony’s conviction a true drama will derive, and Briony’s certainty will cause an irreparable injustice and the breakage of family relations. Growing up Briony will understand the error and the truth of what really happened, but it’ll be impossible to go back in time, and Briony is left with her desire to atone her faults.

The first part of the novel is set during the summer of 1935, and it’s climax is the accusation that Briony moves against Robbie. The chapter follow various point of views: Briony, her sister Cecilia, their mother, Robbie, Briony’s cousin. The second part of the novel is set during WWII, and the main protagonist is Robbie in France, retreating towards the English lines, in the meanwhile Briony is learning to be a nurse.

The last part is set in the modern times, and the main character is an old Briony, now a successful writer. In this part we understand we are dealing with a meta-novel, and that McEwan is talking about the Tallis family, but he wants also to talk about the role of the writer and writing, that can change what exists and leave a different memory on the paper.

This consideration is certainly valid, but I’m still uncertain about how much I liked this novel. The plot twist at the end is clever, but I detested Briony for her arrogance, her conviction to understand as a child, and her arrogance in the adulthood in believing she did what she could in atoning her sins as writer-goddess.