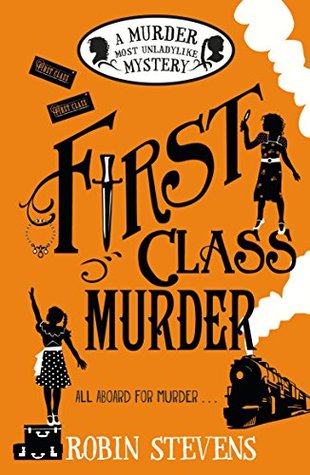 First Class Murder is the third adventure for Daisy and Hazel (my comment about the former two books is here): after the disastrous holidays at Daisy’s home, the two girls have the chance to travel through Europe with Hazel’s father on the great Orient Express.

They have only one recommendation: no detecting, it’s forbidden to put own selves to danger. Vain words since the two protagonists soon discover the existence of a spy in their wagon, and then have a murder to deal with, surrounded by incompetent adults.

This book is nice as its predecessors, and the setting is a nice homage to a better known murder on the Orient Express. The travel provides also insights of the political changes ongoing in Europe, and not for the better.