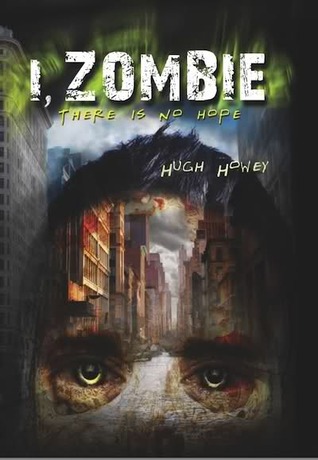 I read and enjoyed a lot Wool of Hugh Howey, however not all his novels are good as that one.
I, zombie deals with the zombie theme changing the point of view of narration, for this reason each chapter contains thoughts, observation and memories of the various zombie characters.

I did not like this book for different reasons: 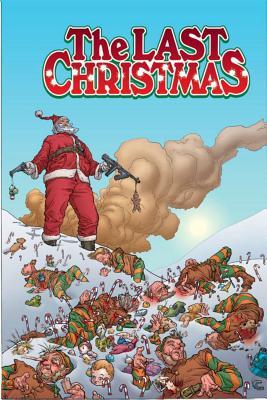 After wars, mutations, exterminations and living dead Christmas is in peril: the living children that belive in Santa Claus are less and less.

Even Santa’s village is attacked by mutants and marauders: after Santa’s wife death he understands that he can not die – despite the various suicide attempts – until there is at last one children believing in him. Leaving with an elf and booze Santa is willing to kill the last boy and then die in peace, he will change his mind and fight against mutants.

Book that who loves the shining, full of goodness Christmas must avoid: here there is not scraping on blood, rough stuff and spectacular deaths, the protagonist himself is not a model to anyone.

The graphic novel, maybe somewhat excessive, can make the reader smile in the most splatter scenes, but the plot it’s too much predictable.

END_OF_DOCUMENT_TOKEN_TO_BE_REPLACED 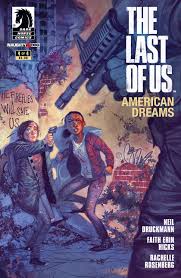 “The Last of Us: American Dreams #1” by Neil Druckmann and Faith Erin Hicks is a graphic prequel to the homonymous video game (a horror style survival action).

The story starts, without a canonical introduction, and is quite fast paced and action-like; a recap at the beginning to contextualize the setting could be useful: not everybody know the game (I discovered its existence only after reading this volume), thus the reason of military patrols in cities is not immediately clear.

Overall it’s a nice graphic novel despite the fact the story is not concluded.

(including books)
Create a free website or blog at WordPress.com.